Animal Behaviour and Welfare student Jason Phipps has a lot to celebrate this month with the news of his First Class Honours degree result.

After finishing school, Jason started at the College on a Level 3 National Diploma in Animal Behaviour and Welfare. After completing his course Jason decided he wanted to experience the world of work and he left College to set up a mobile zoo with a fellow classmate. Together Jason and his partner visited schools, birthday parties and events to showcase reptiles. After a period of running the mobile zoo business, Jason decided he wanted to upskill himself further and decided to head back to College.

Jason saw a post for an Animal Technician advertised, he applied and was appointed. The post involved caring for the animals and helping people with phobias overcome their fears. He continued his mobile zoo business alongside his job at the College.

Whilst in his technician job, Jason became interested in studying for a foundation degree. Deciding he wanted to push himself to the highest point he could academically, Jason started the degree and achieved a distinction. He followed this by studying for his top-up degree part time alongside his job. Jason’s achievement of a First Class Honours on his top-up degree whilst working is an incredible feat.

‘This course is a great route for any students who’d like to go down an animal nutrition, training, teaching or management career route.’ Jason offers ‘I am hoping to go on to teach’.

Clare Longstaff, BSc Programme Leader for Animal Behaviour and Welfare adds ‘Jason has worked extremely hard to devote considerable time and effort into achieving his 1st class BSc (Hons) Degree. During his 4 years of studying at university level he has demonstrated excellent academic ability and worked independently on an interesting dissertation project. Jason acted as a mentor to his peers, supporting many of them to develop their skills and confidence to handle many species in the animal care centre. As a team we are all incredibly proud of Jason’s achievement and personal development’. 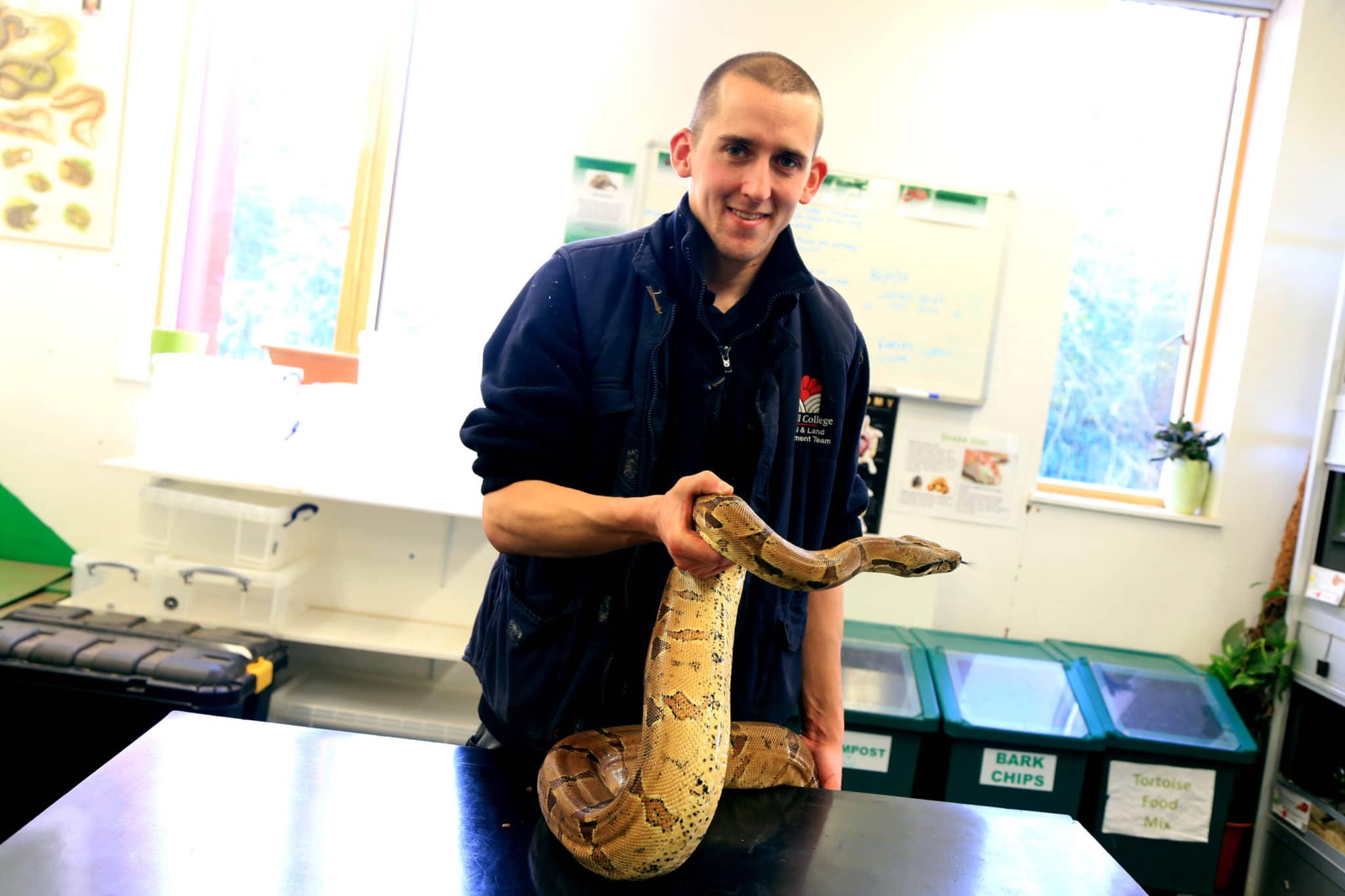