Solihull College & University Centre Public Services and Computing students found themselves transported to the trenches this week. They were visited by digital innovation company DevClever  who have created a stunning virtual reality experience for young people, to commemorate the centenary of the end of the First World War.

Wearing a VR headset, the user becomes a “virtual soldier”, transported into the horror of the trenches while bullets fly, bombs drop and biplanes soar overhead. The experience offers a 360 degree view of a First World War barracks and trench before the “virtual soldier” goes “over the top” into no-man’s-land.

‘It was very weird to be in that environment’, Richard Pope, 2nd Year Computing Student commented: ‘it actually made me feel really tense. People can’t usually imagine or relate, especially my generation, with what it was like to be in the war. Here people have created something so real it is as if you were there. It’s a really great idea’.

DevClever CEO Chris Jeffries said: “We developed the VR experience, so that youngsters can see what soldiers, not much older than themselves, went through and sacrificed a century ago, to give them the choices they have today. “We’re making it available for free to schools and colleges as Armistice Day approaches.”

‘The students today may not know what happened in the war’: Mohammed Mayer, Head of Computing and Emerging Technologies at the College added. ‘This really helps them establish conditions and feel the emotions and awareness of the situation. It definitely does make you feel apprehensive and gives the students a virtual glimpse into a truly horrifying environment and an important part of our history’.

The experience can be viewed through standard VR equipment but also on a laptop and mobile device. From early November, the World War I VR experience will be available on Apple Store and Google Play. There will also be a link on the DevClever website to the Royal British Legion’s Poppy Appeal. Simply click on the poppy to donate at www.devclever.co.uk.

The next collaboration between the College and DevClever will be the rolling out of VICTAR, the new virtual reality version of the college’s ‘Fast Forward’ Careers Explorer, which offers students a virtual journey to picking the right career path for them. This will be debuted at the Skills Show taking place at the NEC later this month. 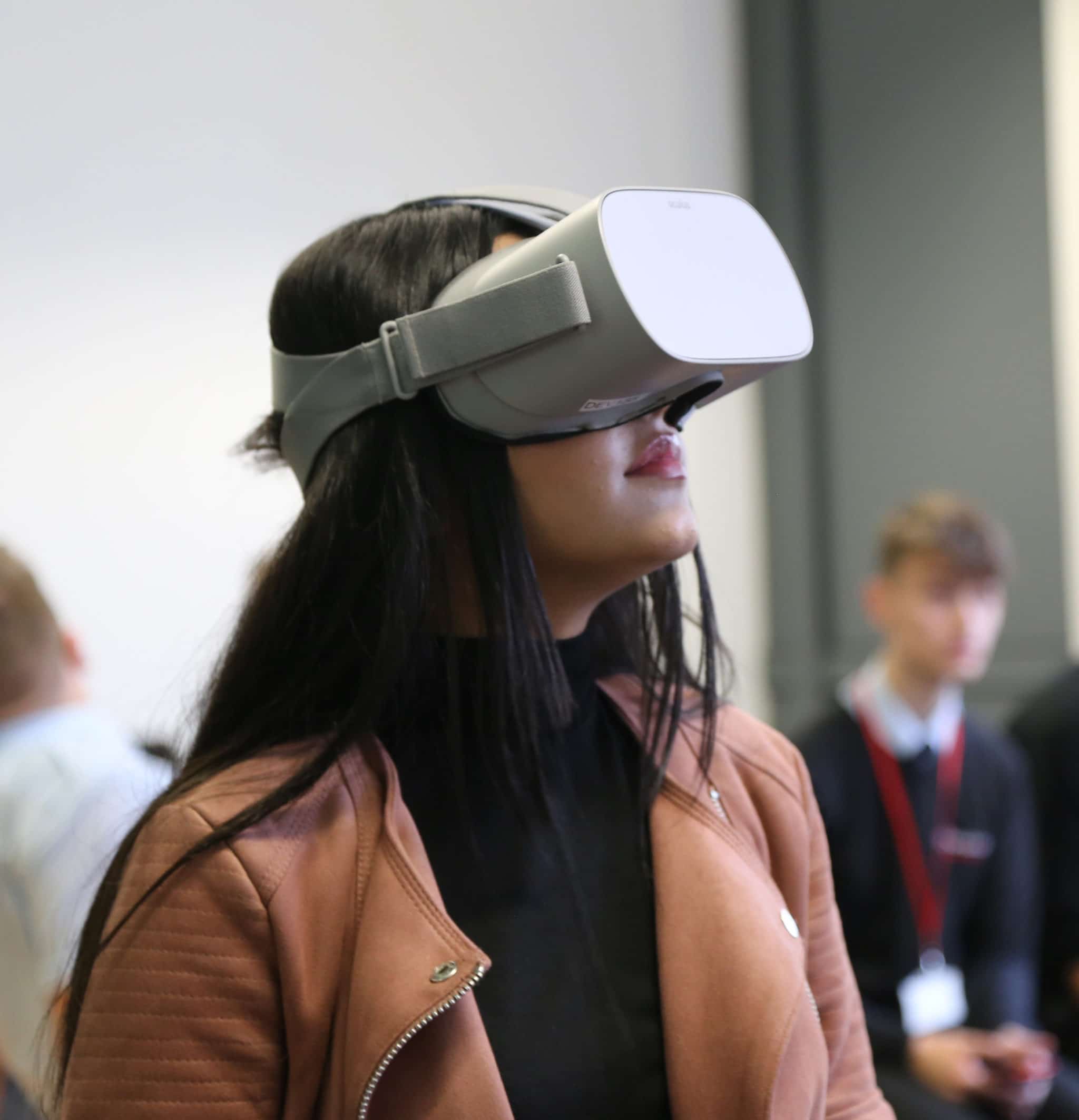