Amy succeeds in her Apprenticeship

Amy succeeds in her Apprenticeship

Before Amy started her apprenticeship at Solihull College & University Centre she was working in children’s clothing and gift shop Jurnie, which her mum Trish runs with Amy’s sister Jessie. Amy felt that as her mum had an existing wealth of knowledge and her sister was studying towards a Business Degree at Lincoln University, she needed to develop her skills to succeed in the industry and the apprenticeship programme would help to do so.

Amy was able to use her current job in the family business to begin her apprenticeship programme and felt she was now learning the theory behind her everyday tasks, such as choosing specific items in the window display to show passing customers what Jurnie has to offer.

The College fully supported Amy in her apprenticeship with tutors visiting the shop and allowing Amy to work in her own environment which Amy felt made everything relevant to her job.

Upon completing her apprenticeship Amy felt she grew in confidence greatly and progressed in her career when she began working at Armani in the Bull Ring, Birmingham. Amy comments “I was able to put everything I had learned into practice! Having the ability to know what and why I was doing things was invaluable!”

Amy is now running a service desk at car and maintenance company, TCW in Solihull where she is able to deal with customers confidently and professionally. Amy comments “I am learning every day and hope to come back into the family business in the future. The apprentice course has laid the foundations to my future career – I was really grateful.” 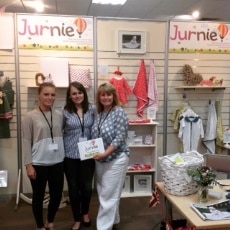