College student Imogen Phipps has spent a week impressing at construction and property services company Willmott Dixon. Imogen, 19 is coming to the end of her Construction & the Built Environment 2 year course at Solihull College & University Centre.  Work experience was a mandatory part of her study and she applied for and was offered a position with Willmott Dixon.

Imogen spent a week on site and was the lone female.  ‘It was really interesting to see how a site works and to work on one’ Imogen states.

Wilmott Dixon have been welcoming students from the College to their site in Warwick since January and have accommodated over 15 students to date.

Spending a week on the working site at University of Warwick, Imogen shadowed the management team on site every day. She learned rules of signage, CSCS and site admin whilst accompanied by Simon the site manager.

Imogen had always wanted to work in construction after working at a family friends quantity surveyors practice when she was 17. After studying A-Levels at a local sixth form she decided they weren’t for her. ‘The course at Solihull College & University Centre was really different . With the work experience on top there was something new every day. The work experience, being involved in an office and on site gave me a much more rounded experience’.

Wilmott Dixon were similarly happy with Imogen’s performance. ‘It was great to see Imogen on site as most girls don’t consider construction as a career option’, states Marie Wilkes, Regional Community Engagement Manager for Wilmott Dixon. ‘I think it’s all about perception. There’s a definite need for us to better engage with younger women, and be able to highlight to them what the career opportunities in the industry are. We hope Imogen enjoyed her placement with us and it has set the foundations for a great career in the construction Industry’.

On choosing her course, Imogen has some advice for more young women looking to embark on a career in construction. ‘Don’t be afraid of doing it because it’s so worthwhile, it is often misconceived that construction is more for men, it’s not. It’s for all of us.’

She now has an unconditional offer to study Building and Surveying at Sheffield Hallam and hopes to go on to be a Surveyor in the future. 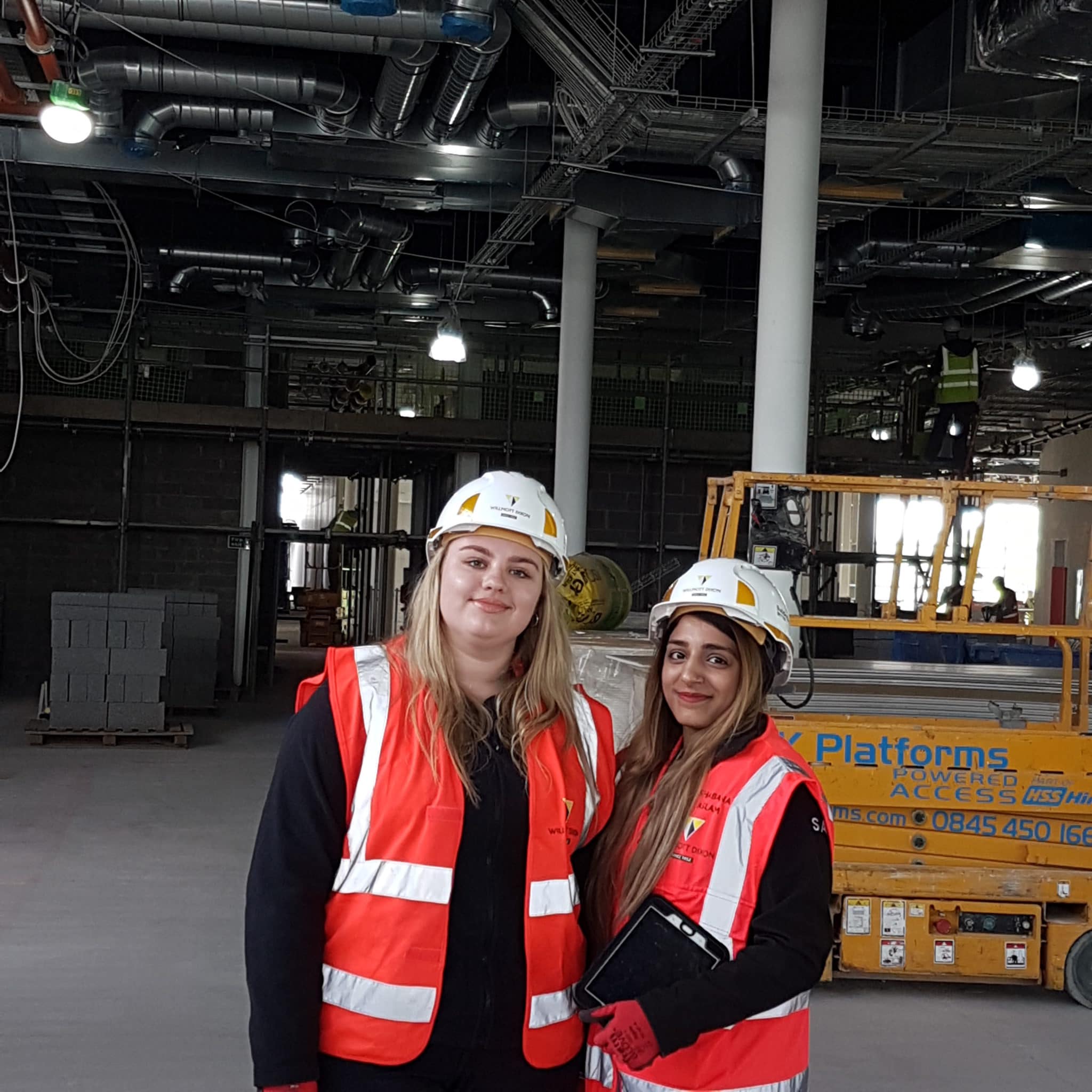