Petplan’s ‘Volunteer of the Year’

Petplan’s ‘Volunteer of the Year’

Mary Whitehouse and Jason Phipps, animal care technicians at Solihull College & University Centre were recently nominated for Petplan’s ‘Volunteer of the Year’ Awards. They earned the nominations through work they do for the Blue Cross Rehoming Cattery on campus at the College.

Mary initially started at the College 8 years ago on an Animal Management Level 3 course after deciding on a change of career. After completing her course she worked in garden centres and pet centres over the summer and then started volunteering at the college. She was offered a job as a Technician at the Blossomfield Campus 5 years ago.

‘It’s the best place to work ever; there’s so much self-progression’ Mary states.’ A lot of people don’t realise the reality of the course and how much work is involved in working with animals but at the College, we have incredible facilities, courses, a high level of teaching and an incredible support system’.

The Blossomfield Campus is a rehoming site and can coordinate transport for up to 10-15 cats and transport them on to individual centres. In 2017 Mary and Jason (along with the rest of their team at Solihull) helped 147 cats for Blue Cross.

Currently, the campus boasts a 5 pen cattery with a new expansion plan recently announced for a 10 pen unit, with running water, an isolation pen and a socialisation room.

Jason, like Mary, started his steps into Animal Management on a level 3 course, before leaving to run his own company and returning to become a technician with the College.

Katie McAllister of Blue Cross states ‘Mary and Jason are truly dedicated volunteers and work tirelessly for Blue Cross alongside their roles as technicians at the College. Their dedication to Blue Cross is fantastic with many hours spent answering phone calls, caring for cats, dealing with rehoming enquiries and they undoubtedly deserved to be nominated for Volunteer of the year. I have had endless compliments from Blue Cross customers about what a great service Mary and Jason provide and they are truly a pleasure to work with’. 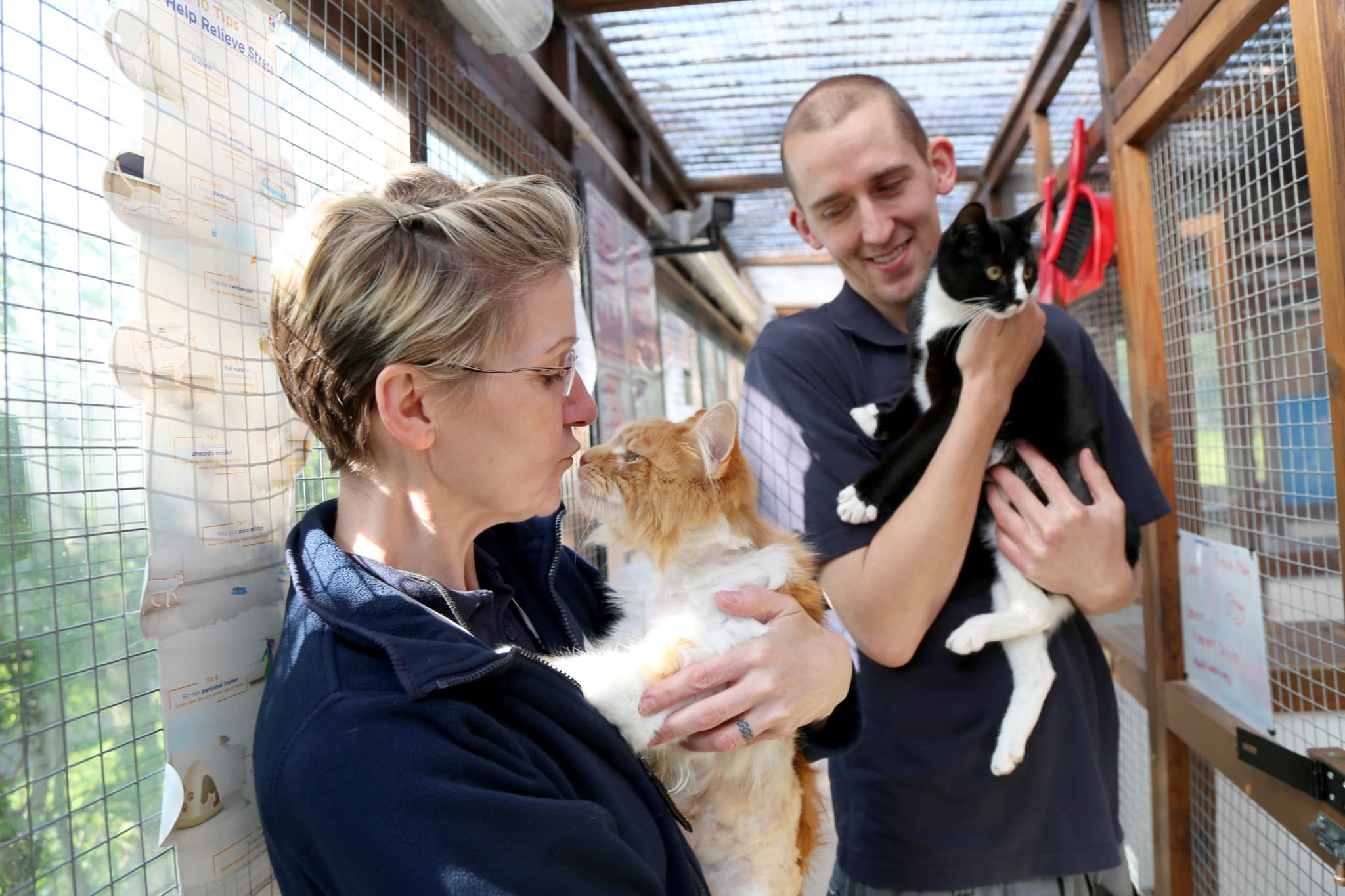