Solihull College & University Centre student Charlie Fogarty has overcome tremendous obstacles to be awarded an MBE in the New Years Honours list for services to young people in Solihull. 21-year-old Charlie has defied all the odds to even survive after a devastating accident 6 years ago and has been continually defying them since. Struck by a car crossing the road in March 2012 aged just 15, Charlie suffered a diffuse axonal injury and doctors weren’t sure if he would survive.

In a coma for four months before waking, Charlie had to relearn even the most basic of tasks. Rehabilitation followed at the Children’s Trust’s brain injury specialist centre in Surrey. ‘Usually, you only get one life,’ Charlie states, ‘but I got two’. He taught himself to speak, walk, dress and eat again and through it all his sense of determination never faltered. ‘We don’t like the word ‘no’, ‘can’t’ or ‘don’t’ in my family’ Charlie states. There was no room for anything but positivity. ‘Never give up’ Charlie muses ‘anything’s possible’.

An avid football fan before the accident as well as a skilled player, Charlie was keen to get back to it. ‘As soon as I came out of my coma, I wanted to get back on a football pitch and playing’. He set up the Solihull Moors FC Open Age Disability team and has since visited over 50 football clubs to deliver motivational speeches to young footballers. He also began playing for Northern Ireland’s Cerebral Palsy international team and is four months from completing his degree at Solihull College & University Centre.

‘I set myself goals’ Charlie says, ‘and once I achieve them, I set myself more’. In his final year of a top-up Applied Sports Science degree, Charlie’s next destination is Buckingham Palace. Finding out about the MBE in a letter in November, Charlie and his family had to keep it a secret, ‘I was overwhelmed’ he recollects, ‘my dad even said he might cry’.

Charlie will hear between now and July when he will be called to receive his MBE and who shall be presenting it. His family, parents Mark and Sara, sister Emma and brother Tommy have supported him every step of his journey. Doctors said Charlie would never be able to complete his education yet years later he found himself looking for higher education institutions. When looking at studying for his Sports Science degree the family who hail from Shirley, Solihull, looked at local institutions and the College came out on top.

When he finishes his degree, Charlie hopes to continue with his football career alongside his motivational speaking. ‘I want to inspire millions of people to be the best version of themselves they can be’. Indeed for his dissertation on ‘Individualism in Football and why it’s important’ Charlie need look no further than himself as an inspiration to anyone told they ‘can’t’ that they absolutely ‘can’.

To learn more about Charlie and to follow his journey visit www.charliefogarty.co.uk. 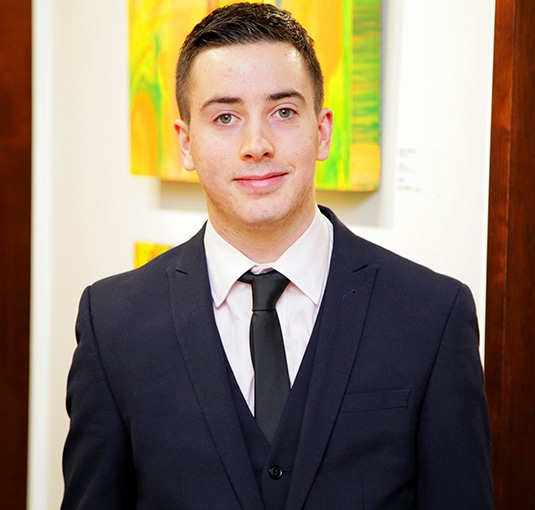