Kane found his career through an apprenticeship

Kane found his career through an apprenticeship

After finishing school Kane went straight into the working world and started as a trainee carpenter. After just under a year in the job Kane knew that this was not the career for him and he wanted to pursue different interests.

He found out about the apprenticeship schemes available at Solihull College and enquired. The college had been working with IAC Group for 7 years and worked with them to offer young people apprenticeships at their company. IAC have over 160 years of automotive interiors expertise and the apprentices that work with them have great opportunities to gain an insight into the business.

After completing his apprenticeship in August 2014 Kane went straight into work with IAC as they offered him a trainee position in procurement. Kane works as a commodity buyer and sources materials for the company and negotiates deals for the best possible price. Kane is responsible for a budget and has the opportunity to travel within his role and has recently been able to go to Germany to meet with suppliers.

Kane explained how the college and IAC both have great ambition for the apprentices and they work together to offer support.

Whilst completing his apprenticeship Kane was able to complete a number of 6 week short courses at the college including sales and marketing, HR amongst others which he believes helped him greatly within his job role.

Kane is now studying towards his Business Management & Communications Foundation Degree at Solihull College and is hoping to complete his Top-Up degree once completing. Kane is also looking to gain a full position in his role and move on from being a trainee and hopes to progress within IAC. 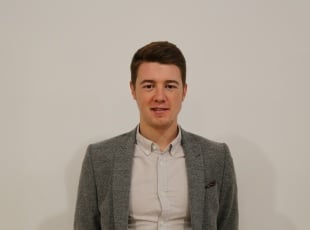