The ladies football academy at Solihull College & University Centre runs in partnership with Birmingham City Ladies. In the few short years since it began in 2012, the academy has seen many successful footballers progress through the ranks.

Current academy players include Ellie Brazil who, after successfully reaching the quarter finals of the 2016 U17’s World Cup, has been called up to play for the England U19 squad and Chloe Peplow, an England international from an early age, playing in the England U15 team before progressing through to the U19’s most recently.

Former students Sian Johnson and Sian Rogers recently played alongside Chloe for the England U19 team as they secured victory in the International Women’s Cup held in Northern Ireland.

Other successful former academy players include Jess Carter who made her senior debut with Birmingham City Ladies in the UEFA Women’s Champions League. At the time Jess was the youngest ever Champions League player aged just 16. She has also made her way into the England U19 squad, featuring regularly as well as getting her name on the score sheet.

As well producing several international stars, many students from the academy have gone on to play for the Birmingham City Ladies’ first team.

The academy provides a perfect opportunity for students to gain a balance between playing football and their academic studies.

When talking of her experience playing for England, Ellie added “Playing for England is a surreal experience. For me, my priority is club football but being able to represent my country is special and something that I will never forget.”

For more information on the courses available and the football academy at Solihull College & University Centre you can visit the open day on Saturday 26th November, 10am-2pm,  visit the courses page or call 0121 678 7000. 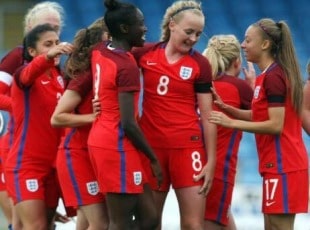