For Leighton Holroyd, 20, standing before a Porsche he designed himself is a dream come true. Leighton an avid motorsport fan alongside his father entered a competition for Porsche and went on to win the prestigious prize of designing the vehicle livery of a unique car.

Leighton a HND Graphics Yr2  Level 5 student entered a competition by Porsche for Oxford Brookes students which was then opened up to external students too. The brief set was to create a livery design that would feature on the car for the 2018 season to promote the 70 years of Porsche anniversary.

Steve told the students of the competition and soon had many considering submitting designs. ‘At our college we don’t just look within ourselves’ Steve states, ‘we look externally and gear our students toward employability. This competition was a wonderful chance to showcase our extremely talented students’.

In February of this year Porsche brought the car to Oxford Brookes for students to see and James Toye from Porsche alongside other team members briefed Leighton and his fellow students.

Leighton returned to college and worked on the submission out of college hours.  Designing his submission on Adobe Illustrator in PDF form he had a 2 to 3 week turnaround to submit. There were 8 submissions from the college, across the graphic design department at a number of different levels.

Leighton’s design was dark green, ‘I always had it in my mind that green was a sophisticated colour, I was inspired by the millionth 911 Porsche which was a good lead in to my own design.’

Porsche invited students to enter submissions to for a fresh outlook. It was 2 weeks until it was announced that Leighton had won. ‘I love motorsports so when this opportunity arose I jumped at it’ Leighton states ‘a chance to combine 2 of my passions. This sort of competition motivates you’.

Leighton’s specifically designed Porsche will now be raced around Europe and in different series’. Leighton’s prize culminates with him attending a special event at Silverstone where he will be able to watch the car driven around and visit the pit lane.

For Leighton who has been at the college 4 years starting at Level 3 graphic design and progressing right on to his HND the future looks bright. ‘I really want to pursue a career in graphic design, I’m looking for a job in the summer and hopefully this competition win will really help my portfolio. Ultimately one day I’d love to own my own agency. Graphic design is such a great industry and is extremely rewarding’.

James Toye, Business Development Manager, Porsche Cars GB added “70% of all Porsche vehicles produced are still on the road today. One of the key aims of Porsche Classic is to ensure that our historic cars continue to be driven and enjoyed for years to come. An important element of this is about nurturing the passion for our historic cars amongst a new generation of enthusiasts. The ‘Project 70’ Classic Partner race car gave us the opportunity to work with Oxford Brookes and draw on the skills of some very talented students. It was clear how much time, thought and enthusiasm that had gone into all of the entries. Trying to decide on a winner not an easy task but we think the winning design by Leighton Holroyd looks superb on the car, giving a fresh new appearance but still in keeping with the history of the car.”

Leighton’s car has already been displayed in Bicester Heritage at the Porsche stand. Steve adds ‘It’s amazing for our students to see their work transition from screen to reality, this competition has really brought Leighton’s concept to reality.’

That ‘reality’ will soon be hurtling around the track at Silverstone, a real example of how young students today can breathe new life into a 70 year old institution like Porsche. 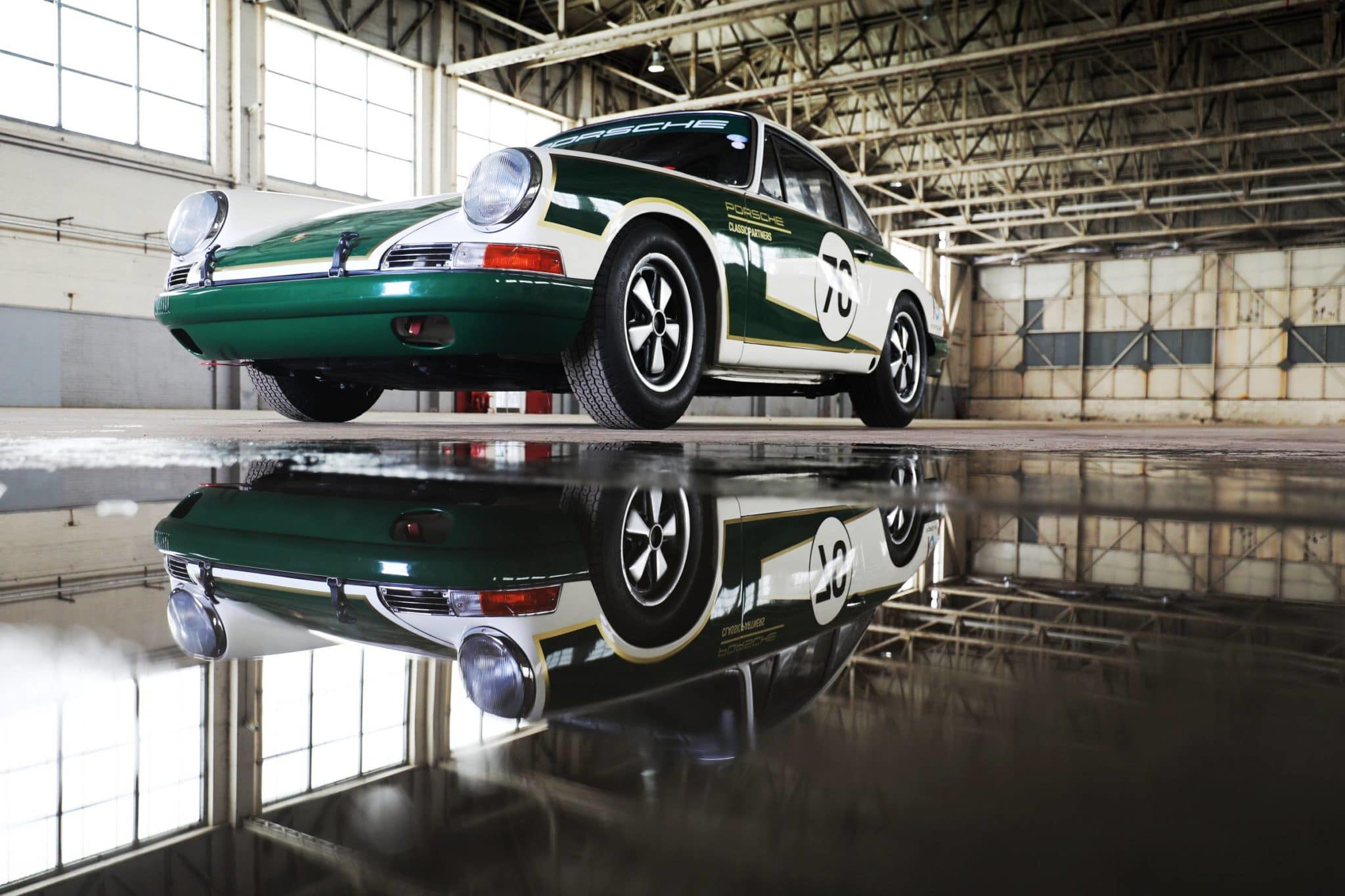