Marcus brings with him a wealth of knowledge of both playing and managing. Previously coaching not just Grimsby Town but BCFC ladies and Solihull Moors, Marcus’s experience and skillset will be invaluable to the College.

Marcus has a strong record of management success. He took over at Birmingham City Ladies from 1998, winning the Midland Combination League, AXA Northern Premier League and Runners-up of the FA Women’s Premier League Cup. He managed Solihull Moors for 5 years and took them to promotion into the Conference league. He also got them promoted as champions of the National League North.

Head of Sport at the College, Phil Trilloe said ‘Marcus really can offer a circular vision, he has a unique perspective of being both a professional player and a professional coach and that sort of viewpoint is invaluable and rare. We are excited to welcome him back as Head Coach’.

Marcus also had a successful playing career, appearing for Telford United, Kidderminster Harriers, Crewe Alexandra, Bristol Rovers and QPR to name but a few and was capped in 1997 for the England C national football team.

If you are interested in attending the Football Academy then please email Philip.Trilloe@solihull.ac.uk 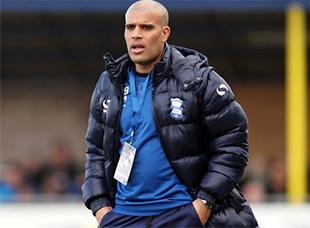