Construction apprentice Jake Clarke will discover next week if he has been chosen as ‘Outstanding Apprentice’ after being shortlisted for the Solihull Chamber of Commerce’s Annual Dinner and Awards 2018.

Jake has proved an exceptional apprentice.  He joined Solihull College & University Centre in 2016. ‘I knew I had to go through a course when I realised I wanted to work for my dad in Construction’ Jake offers, ‘Solihull College came and visited me and devised a plan of what course suited me best. I ended up committing to a Building Maintenance Course’. Jake’s course was 2 years, 1 day a week at College where he learnt skills such as plastering, paintwork and roofing and 4 days working for his father’s business.

Jake came to the programme with some informal experience, but through exemplary attendance and outstanding commitment to his coursework, he gained distinctions for the vast majority of his technical competency tests. Working with The Fentham Trust in Hampton-in-Arden, Jake worked at a local arboretum planting trees, carrying out groundworks and general maintenance. Jake was formally recognised by the Trust for his contribution.

‘My lecturer Martin was amazing, he really helped me learn new skills and expand upon those. I finished my apprenticeship in July. I now work for my dad’s business covering a variety of construction jobs. With an apprenticeship you get to see both sides, you see hands on work but you have the freedom to make mistakes at College, to better prepare yourself to think about potential problems and combat them. It was definitely the right choice for me, I had such a lot of one on one time. It really was the best of both worlds.’

Jake will be bringing his dad Nick along to the awards. Nick stated ‘I’m really proud of Jake’s nomination. He’s really picked up the trade, he asks questions and I’ve always told him not to be afraid of that, nor of making mistakes. He has learned the reasons why he encounters any problems and can now apply ways to combat this on site due to what he learned in College’.

Martin Gregory, Jake’s tutor stated ‘I have worked with various labourers over the last twenty years and since Jake joined me he has taken responsibility for others and guided and instructed  them to a point now where I am more than confident to leave them on a site with Jake taking the supervisory role. He has been exceptional and I am certain his confidence will continue to grow’.

The Solihull Chamber Annual Dinner and Awards 2018 will take place on Thursday 18th October. The award winner will be announced in front of over 300 guests. 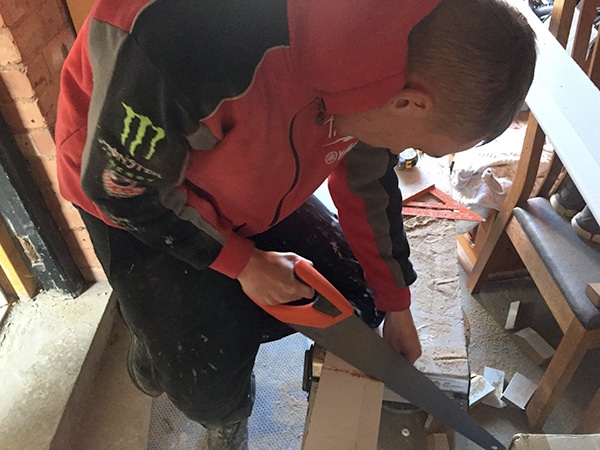