The very first Expresso 90 Film Festival took place at The Mockingbird Cinema recently and was a resounding success. Over 40 filmmakers and fans turned out to watch the amazing show reel of short films produced by Solihull College & University Centre students and film makers from around the region. 20 film entries were narrowed down to 11 with students work shown on a show reel one after the other to an audience including a panel of industry experts. Dan Finnemore, Course coordinator for BA Creative Film Production at the College created the festival – a brand new film event for Birmingham calling upon young, student film-makers to create compelling and engaging short films.

The festival has been created in partnership with Solihull College & University Centre’s brand new BA Creative Film degree and The Mockingbird Cinema and Kitchen.

Jemma, a 2nd year BA Creative Film Production student stated ‘I wasn’t expecting this at all, I’m really grateful. It’s given me the confidence to carry on creating. I made the film for the film festival but also because I love filmmaking. I was inspired to make the film when I walked past our health and social care department at the college and noticed our mannequins. I thought they could be scary subjects so I took advantage of the set and props at my disposal.’

The creative film degree was developed in the last 12 months and built to relate to the industry. In addition to the film screenings, a local writer, director, cinematographer and producer spoke at the event about their exciting projects, including a BAFTA affiliated short co-produced by BA Creative Film course coordinator Dan Finnemore. The panel also fielded a variety of questions from students at the event and shared their experiences and advice long into the evening.

‘We were very impressed with the high standard displayed by our students’ Dan offers, ‘The judges were impressed with the quality of films from our students and were championing our approach of linking a legitimate festival directly to the course. They are keen to come back next year and also spread the word so that more people know about not only Expresso 90 but also the BA in Creative Film Production and the hard work our learners put in to develop as film makers.’ 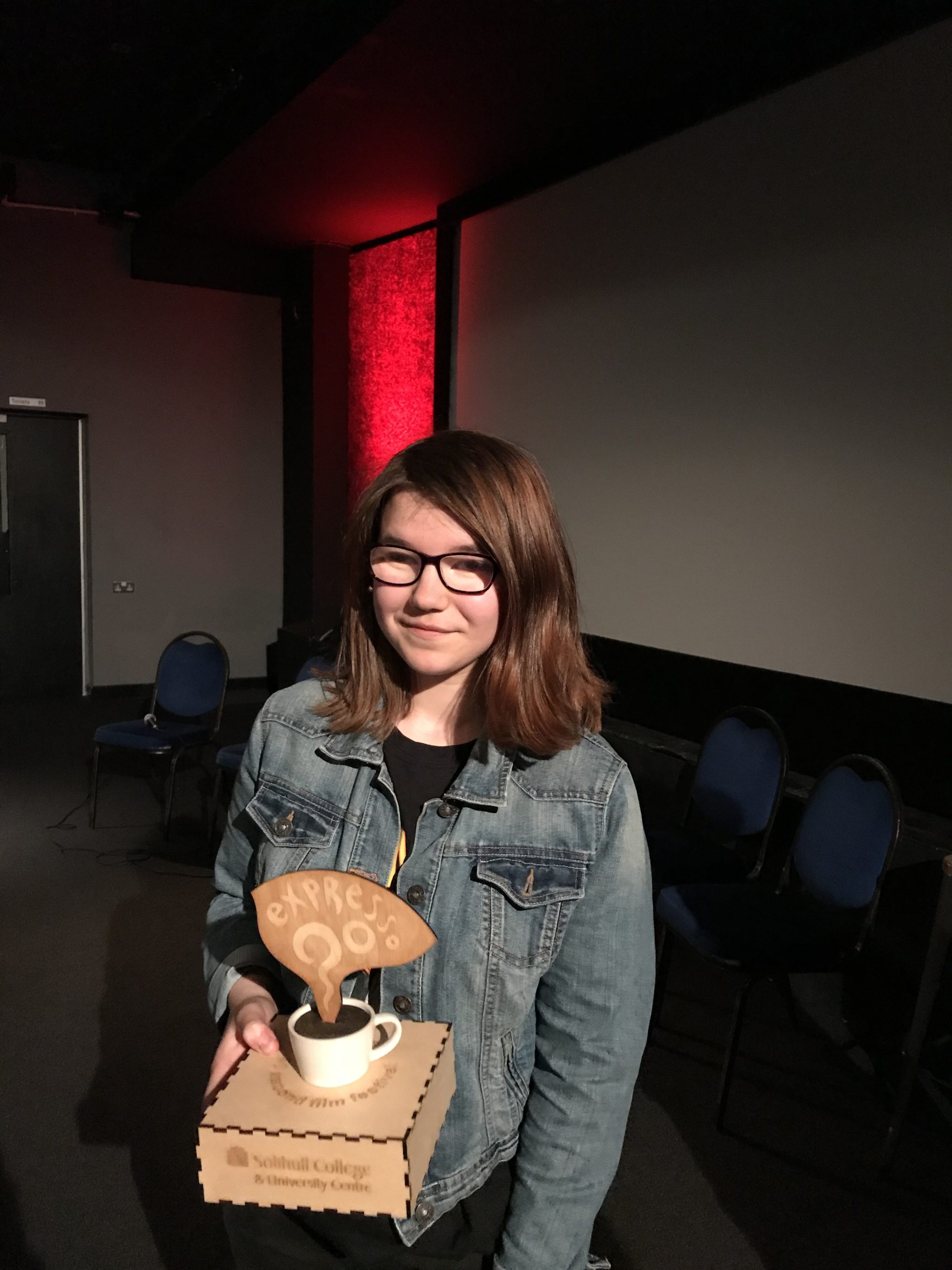