Solihull College & University Centre students have been recognised for their impressive work at the annual Starpack Awards for graphic design.

The 2020 Awards took place virtually for the first time on Wednesday 24 June. The awards encourage young people to take up careers in the exciting world of consumer packaging design. With more than 360 entries to judge there was no shortage of excellent work.

Four students on the College’s HND Graphic Design course were awarded in the competition winning an impressive five prizes between them.

Hayley Cartwright, 22 from Sheldon, received a Gold and a Sponsor Award. The Judges called Hayley’s work ‘a well-considered design’. Hayley’s brief was to design a temporary floor standing display to hold 48 1.5 litre bottles of Pepsi Max for use in Tesco stores. She created a pyramid shaped display that referenced a child’s journey through education and the refinement of their skills as part of a ‘back to school’ theme.

Hayley, who will be progressing on to the Creative Arts Top Up degree at the College in September, comments: “I am my own worst critic and for someone outside of family, friends and tutors to acknowledge my creative prowess – with the highest possible award in the category – has really given me the confidence boost I need. My course at college has given me a vast range of skills and knowledge to help me to develop myself as a creative practitioner. The support I have had from the staff team has been second to none.”

Ryan received a Highly Commended award for his sushi packaging. Mature student Iram, 44 was also thrilled to receive a Bronze award for her alternative to SUP (single use plastic) packaging for toothpaste, using carton board. She comments: “It’s a very special achievement for me personally. As a mother of three young children, I have very limited spare time. I wasn’t expecting an award. Joining the course as a mature student with a very basic understanding of graphic design software, the biggest hurdle was making my vision for this product a real physical thing using Adobe Photoshop and Illustrator.”

Michelle, 26, received a Bronze award. Inspired by the cosmetic packaging that surrounds her daily she created a design that allowed comfortable compression of the interior which resulted in a winning hand cream package. Michelle comments: “This award was a surprise. Doing well in this competition has made me gain more confidence.”

This is the sixth year in a row that graphic design students have been honoured at the Starpack Awards and heralds a successful year end for the graphic design team. 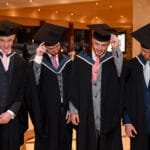 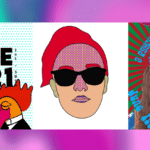 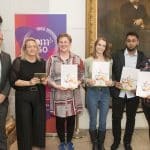 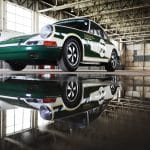