School Cookathon is Recipe for Success

School Cookathon is Recipe for Success

Level 2 Early Years students from Solihull College & University Centre supported Balsall Common Primary School with their Big Cookathon 2019 this week. The day was a success culminating with a school full of happy children who were able to cook a healthy, speedy Biryani.

12 students from the College were amongst those who helped out. A number of suppliers and sponsors also got involved including the Executive Chef at Marriott Hotel Forrest of Arden, who chopped and donated all of the vegetables. The event, hosted by Howard Rose from Balsall Common Primary School, saw 600 children ranging in age from 4-11 learn to cook in 15 minute sessions throughout the day. Howard, Director of Funding and Publicity at the Central Schools Multi-Academy Trust, of which Balsall Common Primary School is the lead school said: “The younger children are when they start cooking, the likelier they are to adopt healthier diets in later life. This is our third Cookathon and we wanted to show the kids how easy it can be to cook at home and hopefully inspire some future chefs.’ 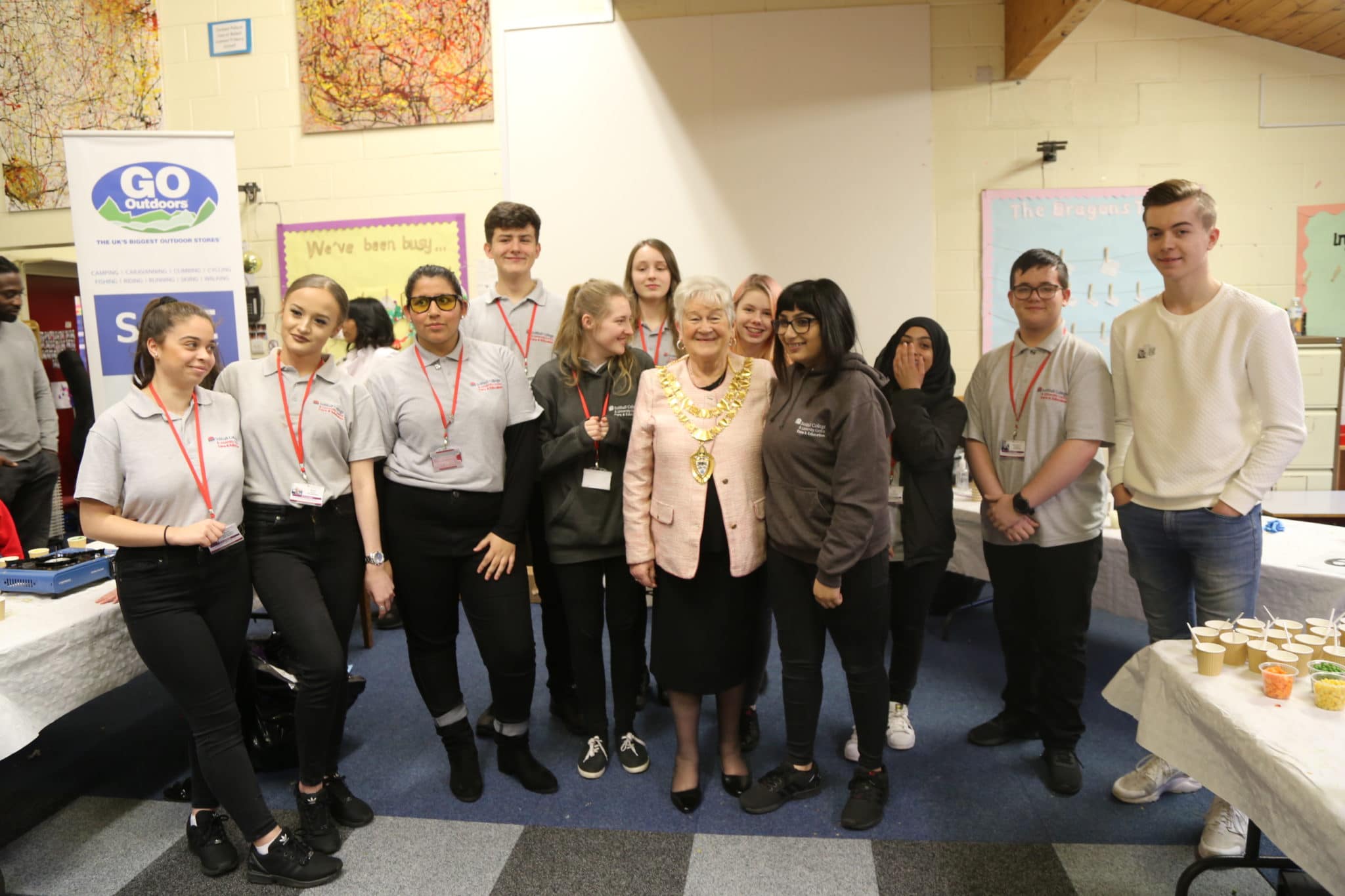 Students with the Mayor of Solihull

College students Rosie and Anisah commented, ‘this event has been great to attend. It helps us in understanding what children know. We are dealing with such a variety of ages that we can observe and bring this back to our studies at college’.

Another student helper, Mikey Akers, was returning to the school he attended as a youngster. Mikey has set up his own charity, Mikey’s Wish, for those struggling with Verbal Dyspraxia. He has donated charity money to his former school prior to the trip. He stated ‘it’s always great to return to my old school and see how things have changed. We are all happy to come along today and see how happy it makes the children’.

Helen Barber, HE Care & Education Co-ordinator stated; ‘the students have been a real credit to the College and have involved themselves in everything asked. Being surrounded by teachers and interacting with the children has really ensured they grow in confidence at events.’ Students with the children and a mascot.