The academy at Solihull College & University Centre is run for students who have a passion for football. The academy, which is managed by UEFA qualified coaches, has proven to be very successful over the years with many players going on to play professionally.

Just in the last 2 years the ladies team has gone from strength to strength winning 4 national titles and now have secured the title of National League winners for 2016.

The academy has had great inspiration within their coaching team including Birmingham City Ladies (BCLFC) and England Internationals Jo Potter and Jade Moore. Students travel from surrounding areas to Solihull College to be a part of the academy which is partnered with BCLFC which is a unique programme in the UK. The academy aims to hone the talents and skills of interested sportswomen with an aim to get students fit, enjoy sport and maintaining a competitive edge.

The academy has attracted students who study a variety of subjects across the College, allowing students to complete their studies and participate in what they love; football. Gaining their education allows students to progress to higher education, university or employment. The ladies train throughout the week and play matches in competitions such as the English Schools U18 Cup.

Jess Carter is one of the several students who has excelled whilst at the academy; Jess has travelled internationally with both the BCLFC first team and England under 19s and 20s and is currently the youngest player to play in the Women’s Champion League. Jess comments: “I have received great support from the College in juggling my studies while training for matches. This programme offers a great opportunity to young players and has allowed me to experience professional football alongside my education.”

Over the past 2 years there have been 9 players who have come through the ladies academy to play or be part of the squad for BCLFC first team with 7 current first team players either current or past academy players. The academy has also seen 11 players represent their country in the past few years.

The success of the academy has become even more popular in recent years resulting in the College creating a second development team who also play competitive games against other colleges throughout the country. The academy is planning to grow teams as more ladies look to play football alongside their college qualification.

The trials for the Solihull College academy are taking place on Wednesday 30th March at the Blossomfield Campus, Solihull between 12:00pm – 3:00pm. 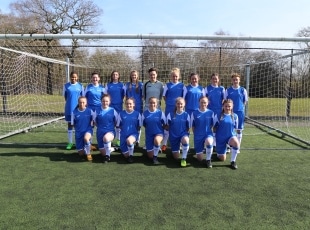