A Travel & Cabin Crew student from Solihull College & University Centre is delighted to have secured a role as a cabin crew member with airline Jet2.

Sophie Carbine, 18, has been studying Travel & Cabin Crew at the College since September 2021 and within less than a year on the course has found her dream job.

Commenting on her course, Sophie says: “We’ve done a lot of visual activities alongside coursework to get a better idea of what we’re studying. This has brought the course to life and positively impacted what we’ve been learning theoretically.” 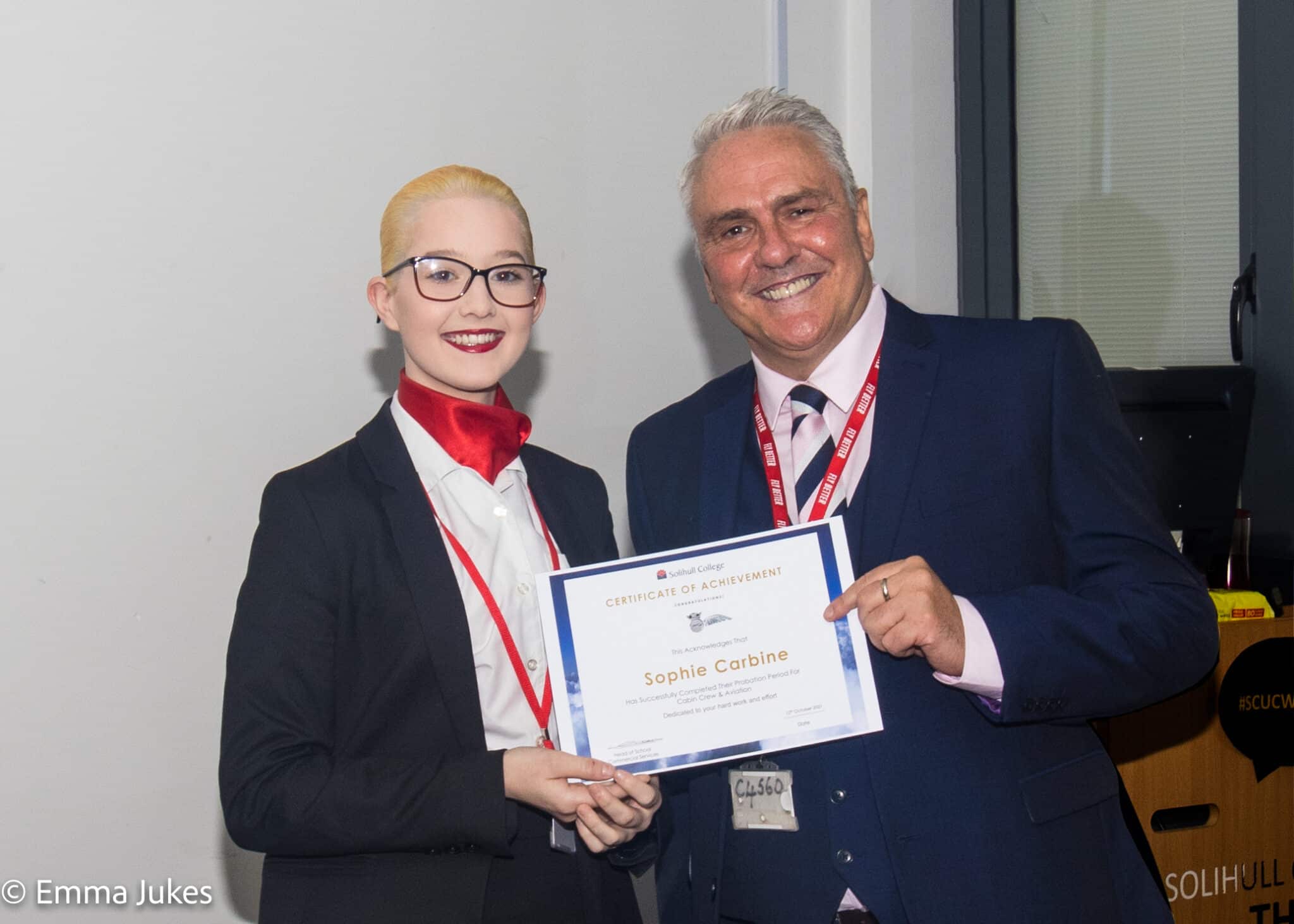 Two months after starting her course, Sophie spotted a TUI poster in the classroom which encouraged students to apply for a role as cabin crew. After looking into it, she realised her birth date didn’t fit into the cutoff date. However, this piqued her interest, so she began exploring cabin crew roles at other airlines that accommodated her exact age range and that’s when she found Jet2.

Sophie explains the hiring process: “Before applying for the role, I had to complete an online assessment which I passed. A few weeks later I was invited to an interview day and the next day I had an email saying I got the role!”

Sophie was one of 25 shortlisted from 3000 applications and went on to secure the role alongside 4 other interviewees. She comments: “It was really weird at first because I was the youngest at the interview, so I felt a little inexperienced and felt bad because others my age didn’t make it to next stage. When I got accepted, it felt unreal.”

Sophie has an exciting few months ahead of her. She’s recently had her uniform fitting and needs to complete 30 exams before her wing ceremony. She hopes to be flying by this summer.

Where is one place you would love to travel to in your new role? Sophie shares: “I want to go back to Cyprus, and it would be lovely if I got an hour or so during a layover because my Aunty and Uncle live there, and I’d get to see them.”

Travel & Cabin Crew Lecturer, Gerard Bergin, comments: “Sophie has worked hard to complete her qualification in order to join her official training with Jet2 based at Birmingham Airport. I wish her every success in her new career.”

Speaking about her experience at the College, Sophie says: “My lecturers have helped me so much throughout the process, answered any questions I’ve had and just been a massive support.” 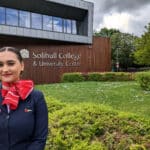 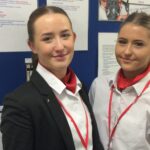 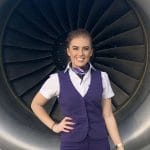 Lizzie’s career takes off in Dubai