Sixteen students from Solihull College & University Centre’s Construction Department recently took part in an exhilarating Adventure Weekend at the Plas Gwynant Outdoor Education Centre in Snowdonia.  The purpose of the weekend was to develop learner’s confidence, communication, teamwork, leadership and Employability skills during their time in the surroundings of the beautifully rugged mountains of North Wales as well as overcoming their fears of heights and water.

A number of the students have a range of additional needs and learning difficulties with which college life itself can be challenging day to day. Weekends like Snowdonia developed key skills, preparing them for the real working world and for construction. Social interaction and team building skills that are often overlooked in education today were taught in an adventure environment. Students were taken out of their comfort zone and responded well, thanks to the support they received from their peers and the excellent instructors from the centre.

Over the weekend learners were split into two groups.  The groups participated in activities such as ‘Gorge Walking’, traversing up water falls, swimming across sections of three meter deep streams and climbing challenging rock-faces all with the support of the team.

The rock climbing challenged students who pitted their wits against a rock face that had varying degrees of difficulty.  Climbers were supported by the belay team who ensured that they were safe and supported at all times.

Students were encouraged to mix in different groups during their free time in the social areas, even indulging in ghost hunting at the infamously haunted Plas Gwynant Centre. At the lake with its stunning mountainous backdrop the group canoed in pairs and kayaked.

The trip challenged the group’s skillsets and enhanced their ability to lead and work as a team. Staff members Carl Pedley, Luke Turner and Phil Mann accompanied the group.

Phil, Construction Personal Tutor stated, “The group were a credit to themselves and to the college.  The smiles on the faces of the learners were an absolute picture, seeing young people leaving their comfort zones behind and overcoming their fears with the support of their peers was inspiring to watch first hand.”

Dan Jackson, Senior Tutor at Plas Gwynant OEC stated, ‘It was heartening to see a group of young men forgetting about their mobile phones for the weekend and immersing themselves in the lakes, rivers, rock faces and mountains. It was brilliant to witness them rising to the challenge, dealing with the unfamiliar and effectively communicating as leaders and supporters’.

The remote location allowed learners to fully immerse themselves in complete wilderness as the young millennials learned to socialise and interact in a world without Wi-Fi or phone signals.

Student Robert Rutter added, ‘thank you for not giving up on persuading me to go, as it was really pushing me out of my comfort zone. I have never had the courage to do anything like this before, and was quite nervous about going.  It was brilliant. The best thing I have ever done in my life. I enjoyed everything.  I feel so much more confident than I did before I started college.  I never knew learning could be so much fun’. 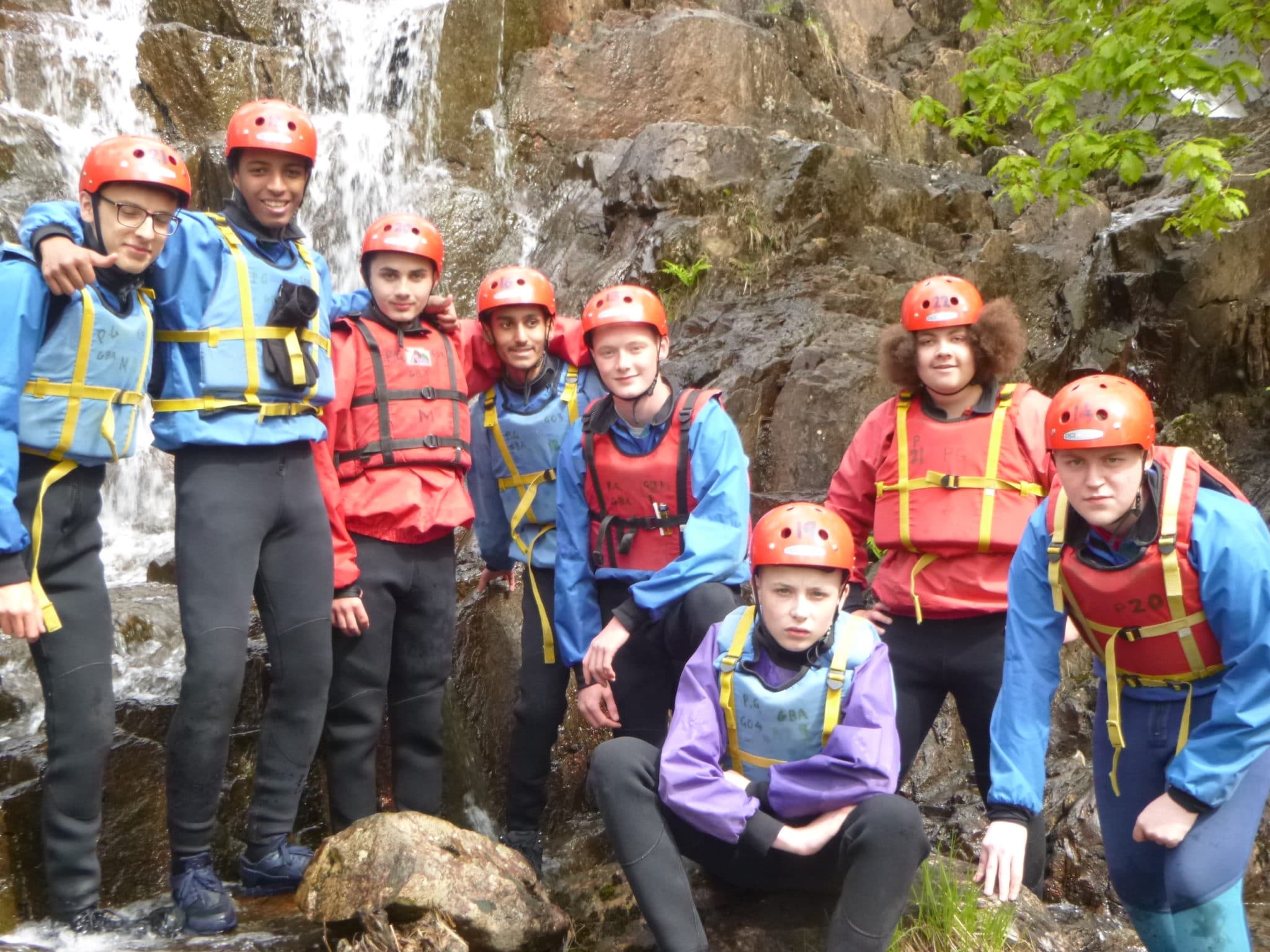