Solihull College & University Centre Barbering student, Kaiser Khan, has been sharing the story of his cancer battle to help others.

Kaiser, 24, is currently working with a charity called Clic Sargent, who provide financial and emotional support to young cancer sufferers. The charity has a personal connection for Kaiser as they helped him while he was receiving his own cancer treatment.

Shortly after starting his studies at Liverpool John Moores University, Kaiser, from Stratford-upon-Avon, Warwickshire, developed a rash and persistent itching. The unbearably itchy spots all over his body were diagnosed as eczema in January 2015. It was 17 months later that he was finally diagnosed as suffering from blood cancer.

He visited doctors in Liverpool and was prescribed several eczema medications and home remedies to no avail. He eventually had to drop out of his course and return to Birmingham when the painful itching became unbearable.

Over the year, Kaiser started to develop constant sweating, weight loss and began coughing up blood, which nearly drove him to suicide.

‘I was constantly sweating and itching all the time. I’d sit at the end of my bed in desperation because it just wouldn’t go away,’ he admits, ‘I told the doctors I wanted to kill myself. It was getting to a stage where I really couldn’t deal with it anymore.’

After struggling to continue, Kaiser turned to a different source, he contacted a professor at the Queen Elizabeth Hospital, Birmingham, in November 2015.

‘When I saw the professor, he was the only one that said to me it didn’t look like allergies or eczema and he sent me for a scan,’ Kaiser says, ‘I had started coughing up blood by this point too.’

The scans in January 2016 revealed Kaiser was suffering from a tumour on his chest. He was told he would have died had it been left any longer.

‘They told me I had a huge mass on my chest above my heart and that it was very aggressive. It was stage 4B Hodgkin’s Lymphoma and it had spread to my right lung,’ he recalls, ‘when I found out I was heartbroken but also angry. I was happy because I’d found out what it actually was but also angry because it had taken so long to find out.’

Kaiser went through 12 rounds of gruelling chemotherapy before being told his tumour had shrunk that August. Tragically, his uncle, to whom he was close, was battling throat cancer at the same time, and sadly passed away after Kaiser finished his treatment.

‘I thought he would survive it. Every day after that I thought it would return and I wasn’t going to be so lucky but when I had my follow up appointment after treatment they told me it had shrunk’.

Although no longer needing treatment, Kaiser has to live with a smaller, non-cancerous tumour on his chest and must have regular check-ups until 2021 to ensure it does not become malignant again.

He adds, ‘It’s good news but at the same time it could come back as leukaemia so I haven’t got the official all clear until five years from then. I worry every day but I have to just get on with life.’

Now training at the College to become a barber, Kaiser is speaking out to encourage others to push for scans and tests if they feel they have been misdiagnosed.

‘You need to keep pushing and stay positive. I know it’s hard because everyone has bad days,’ he acknowledges, ‘keep a smile on your face because every single day is a blessing. If anyone is unsure about symptoms keep pursuing and it will eventually come out – early diagnosis is so important so don’t give up. If I didn’t have the charity I don’t think I would have been able to get through it’.

He now assists with a Young Peoples Reference Group for ill young people, which involves meetings monthly to talk and share and even a trip away. ‘We can talk to each other, it’s a coping mechanism and when you can give back it’s brilliant’.

The future is looking a lot brighter for Kaiser. He recently presented an award at the ‘Asian Media Awards’ presenting an award for ‘Personality of the Year’ in front of 400 people. He has been working alongside Clic Sargent on a new documentary which is a first-hand insight into what life is like before, during and after cancer. ‘I think after everything I’ve been through I’ve chosen to consider cancer a positive experience in the end’ Kaiser reflects, ‘I have met and continue to meet so many inspirational people, how can I not see that?’

You can find out more about Clic Sargent’s work at https://beta.clicsargent.org.uk/ 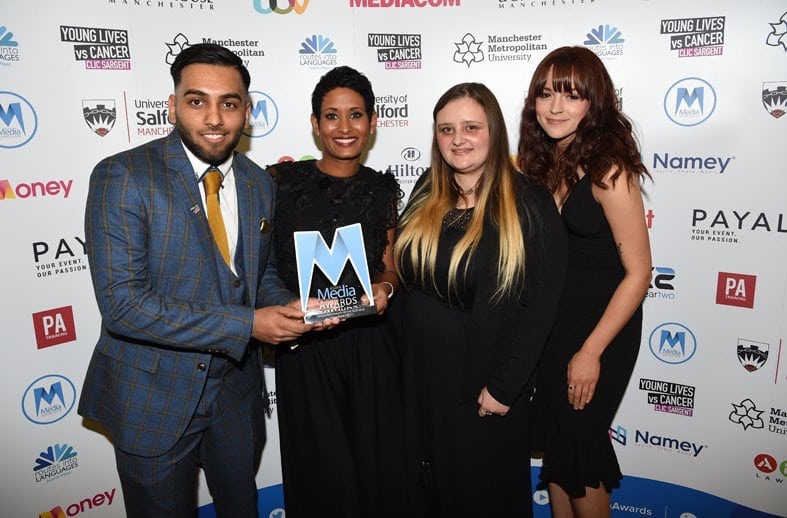 Kaiser presenting at the awards.
Find out more about the College's courses: Solihull College & University Centre
Share On 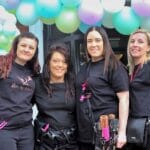 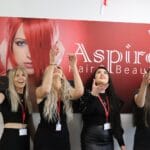 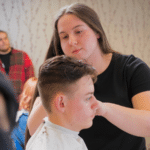 Barber Lauren proves a cut above with award win 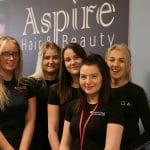