A Creative Film Production student from Birmingham is looking to replicate the success of his previous award winning short film with a new project loosely based on his own life.

The film tells the story of the title character, a young man from working class origins in Birmingham and explores his relationship with his father and grandfather.

‘James’ is a labour of love for Daniel. Exploring family relationships and the tragic nature of Alzheimer’s amid British social realism, the film plays on a number of stereotypes and is inspired by by ‘I, Daniel Blake’.

The College have assisted Daniel with equipment and support which he has used in his cinematography. Daniel made use of the College’s health & social care department as a ready-made hospital set. 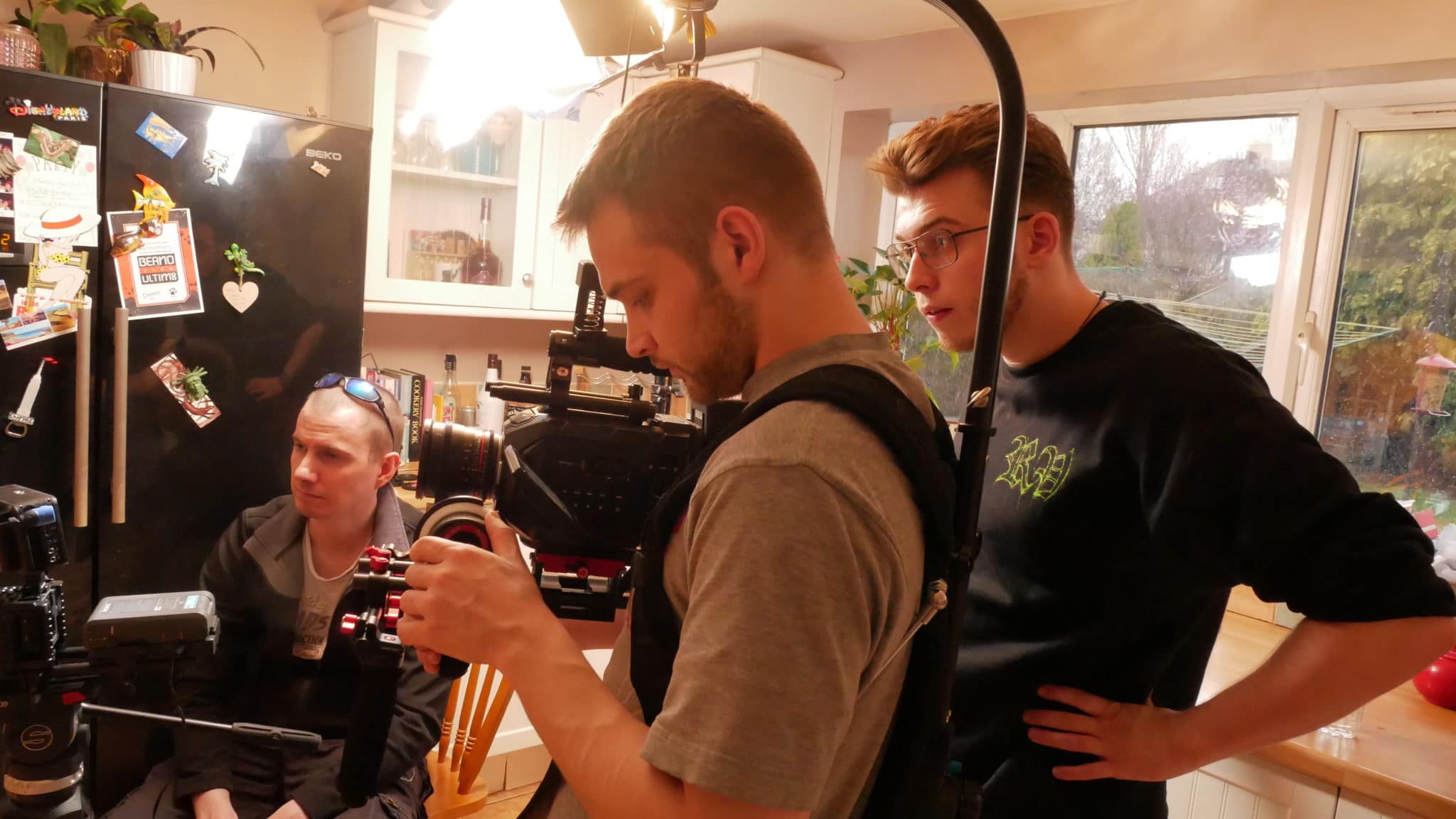 The film will form Daniel’s course project. He states. ‘I created the film to prove I am able to handle the large workload involved with writing and directing a film. I’ve loved my course, I always had a passion for film, but I had none of the equipment. The staff at the College genuinely care and have put time aside outside of their own schedule to help me’.

Citing his tutors Matt and Dan as great influences, Daniel is also grateful to the actors who have volunteered their time for nothing but travel expenses. One such actor, Dave Inglis, who plays the father in Dan’s film is the parent of a former pupil at the College and was happy to assist.

Daniel hopes ‘James’ will go on to be as successful as ‘Eviction’ and aims to have it screened at The Mockingbird Cinema in Birmingham once it is completed.

To explore more of Daniel’s work his Instagram page is @dans_media .