Nick Hewer and Rachel Riley hosted as contestants race against the clock to pit their wits against vowels, consonants and numbers. In dictionary corner was broadcaster and panelist on ‘Loose Women’ Janet Street Porter.

The students were able to attend 2 recordings of the show and were granted a tour of the studio gallery and sound control box. Some of the students also had the chance to take a look at the cameras used for recording from the camera supervisor of the crew.

Director of the show Derek Hallworth kindly gave the students an exclusive tour of the studios and talked through his role on the show as well as all the other roles on the production.

This was very useful for the students as it helped them to understand what the various job roles are in TV and also how a show is put together with all the various elements of production and technology involved. All of the information learned will assist them for their Final Major Project which they are about to embark on.

Derek is a former work colleague of the College’s Media Tutor Raj Ram and the duo have worked together on previous projects.

Students found the first-hand look into the world of TV production invaluable. 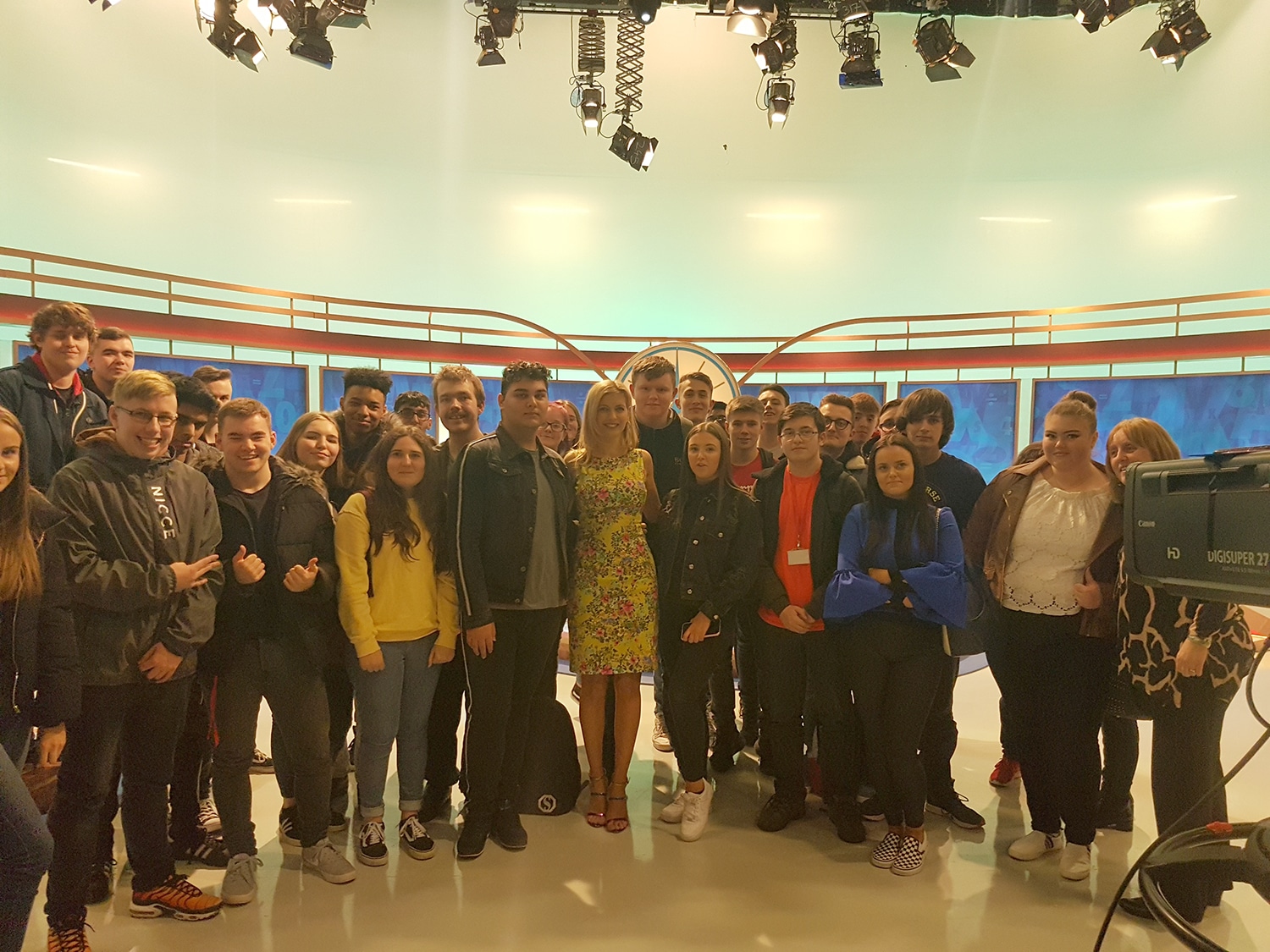