Andy Elleray, 30, is no stranger to writing, nor to goalkeeping, but his latest venture has got him involved with Cancer Research too. Andy, a sports lecturer, coach and author has decided to donate the proceeds of the third book in his ‘Goalkeeper Training Exercises’ series to the charity.

Andy decided to dedicate the book’s proceeds in light of the illness battle that Ann-Katrin Berger, the 27 year old goalkeeper of Birmingham City Ladies was fighting. Andy, who is Head of Goalkeeping Development for the Ladies team couldn’t help but be touched by Ann’s diagnosis of thyroid cancer last year. He felt this was one way he could do something to help.

Andy, based in Worcester, has been teaching BTEC Sport at Solihull for 3 years. He has been a goalkeeping coach with the 10-20’s ladies team at BCLFC and has also been involved with the men’s team. He has completed all of this whilst also working with the England Ladies as under 18’s Goalkeeping coach.

In 2013 he wrote his first book. Andy, who studied a Master’s, was approached by a publisher who asked for his input and information to assist on another book. The publishers were impressed with the information Andy provided and asked him to write his own book. Bennion Kearny, a new publisher at the time, are now a renowned publishing company for sports and have published his books throughout.

Andy carried out his own independent study and research into football in order to write the book which covers training drills and biodynamics. It is available on Amazon, WHSmith, Kindle, and as an eBook version. He wrote his first book on the train to coaching. Andy’s other books include ‘Scientific Approaches to Goalkeeping in Football’ and ‘65 Goalkeeper Training Exercises’. His next book is already in the pipeline.

Ann-Katrin has now returned to training following an operation and has shown immense strength of will. It is hoped the proceeds of the book can go to supporting anyone fighting a similar fight.

You can take a look at Andy’s books below; all proceeds from his newest title will go to Cancer Research. 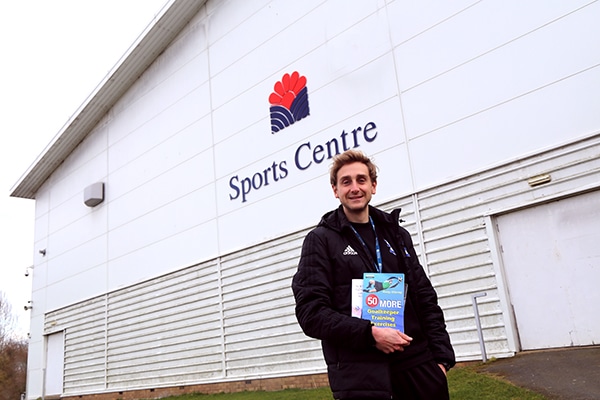